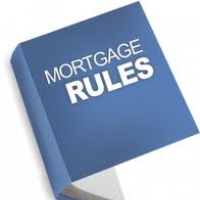 Last month, the Toronto Real Estate market experienced its steepest monthly sales decline in a year. The city’s realtor board is of the opinion that the revised mortgage rules are the culprit behind the decline in sales and need to be reviewed before they keep more buyers on the sidelines. According to reports by the Toronto Real Estate Board on Tuesday, sales fell 7.7 per cent to 6,212. Benchmark prices, which vary from home type to home type, climbed 0.8 per cent from the prior month to reach a whopping $767,800. If you thought that 2018’s losses were the worst in a decade, they have extended to this year as well as we continue to witness a decline in transactions. Speculation has it that by adding stress tests to mortgage-lending requirements, policy makers may have gotten too far.

The OFSI-mandated stress test cooled Toronto's once red-hot housing market since it came into effect in 2018, restricting the ability of those with a more than 20 per cent down payment to qualify for mortgages. The rule necessitates buyers to provide proof of whether they can service their uninsured mortgage at a qualifying rate of the greater of the contractual mortgage rate plus five-year benchmark rate or two percentage points determined by the Bank of Canada. The policy further set a cap on the maximum amount that can be borrowed to purchase a home. Home sales in Toronto play a huge role in government revenues, job creation, and economic growth. Policymakers should look at this perspective to be aware of inadvertent repercussions the stress test may have on the broader economy, and housing market in particular.

According to the president of TREB, Gurcharan Bhaura, the OSFI mandated mortgage stress test is not favorable to those buyers who have laboriously struggled to qualify for the type of home they want to buy. With elections and a federal budget looming just ahead, new policy measures need to be announced to help with home ownership affordability. The Office of the Superintendent of Financial Institutions should review these rules, and ideally, extend the amortization periods for federally insured mortgages to at least 30 years to let buyers breathe easy.

Despite the allegation, OSFI Assistant Superintendent Carolyn Rogers argued that, “the stress test is, quite simply, a safety buffer that ensures a borrower doesn’t stretch their borrowing capacity to its maximum, leaving no room to absorb unforeseen events. This is simply prudent. It’s prudent for the bank and it’s prudent for the borrower too.”

On a positive note, average home prices rose 1.6 per cent to $780,397 as compared to last year. The hot condominium market will get a lion’s share of the price growth as homebuyers look for more affordable housing options. The board also anticipates the price growth for detached properties to fall beneath the average growth rate for the total market. Detached homes fell down 2.1 per cent to hover at $980, 914. The semi-detached segment fared much better, with average prices rising 9.9 per cent to $832,569 in the past year. Condo prices jumped 6.1 per cent to $562,161, as witnessed by the Toronto Condo Team. The realtor board has linked a substantial drop in sales to a “hit to the economy” in terms of billions of dollars. If sustained, this hit could result in lower government revenues, and eventually impact the employment picture as well.