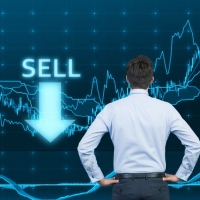 The Future of Toronto Condo Market in The Next Five Years

Toronto's condominium market has been a ride in the last decade. The trends in the condominium market have witnessed great highs which have drastically changed the face of real estate in the city. It was in the year 2009 when forecasts predicted that approximately 4,000 new condo sales would take place in the Greater Toronto Area alone.

In fact, the first quarter of the year itself witnessed almost 1,000 sales. This showed the prediction to be quite accurate. However, the market became even better, and by the end of the year, there were 16,000 new condo sales recorded in the city. This in itself was huge progress as the outcome was four times the forecast prediction.

This rise continued in the year 2011 when the new condo sales were 28,000. However, it did not last for long as in the middle of the year 2012, there was a dip observed in the real estate sector. These sales remained to be quite low for the next 2.5 years or so.

The sales today remain strong and sturdy for a while

The Toronto housing market became well-off again by the time it was 2015. Therefore, the condo sales in GTA became strong, and the housing prices continue to rise higher even today. The year 2017 saw a rise as high as 35 percent! The market has not really suffered a slump yet.

Everything about the market has changed in the past few years. There were newer mortgage stress tests, rent control, and a foreign buyer’s tax as well as higher interest rates.

There are newer condominium projects upcoming in almost every part of the city, thus, urbanizing the whole of Toronto with great condo developments.

At present, the average price of new condo units in downtown Toronto lies somewhere between $1,200 and $1,400 per square foot. This price range is much higher when compared with the pricing that is being followed for the resale of units.

Moreover, it is estimated that one project takes about 27-30 months for completion to be available for occupancy. Therefore, having a fairly long construction period enhances the condo prices further higher. This comes out as a decent justification for paying the premium amount.

Rent control beneficial for one side of the market, downfall for the other

Rent control can be considered as a good aspect for the tenants who currently have it and don't really wish to venture out form their house. However, considering the real estate rental market, on the whole, it is not really a positive thing.

For the condo developers into building new condominium projects, it is in their favour. This is because there is no rent control on any of the projects that have been completed after November 2018. This has resulted in a great shift in the market. The investors of the city are selling their old units and settling for purchasing the newer pre-condo units coming up in Toronto. Recently there was news of yet another church conversion taking place in Toronto, according to development.

All these activities, along with mortgage stress tests and a lesser number of people moving out have led to a reduction in the rental supply.

Thus, increasing the rental demand in key areas of Toronto. There has been an increase of about 20 percent on an annual basis in the average renting prices.

A change in the mindset is required

The prices of condos in Toronto as well as the whole of Canada are soaring high for many. Therefore, a large part of the market can't reach the rates set by the developers. However, there are quite a few individuals who are responding well to the high-rise life.

Considering the situation of Canada, Toronto has been reported to have the highest share of houses, which is about 30 percent in the towers of storeys more than five. And, the percentage of single-detached houses is lesser than half for most of the cities in Canada.

Experts in the real estate market suggest that a mindset shift is necessary for the people of Canada to be more accepting of a high-density living that awaits them.

A shift in the choices of people

When one compares the housing situation to something that existed a decade ago, the people today now prefer to live in apartments rather than detached homes. In earlier times, condos were mostly bought by first-time buyers who were looking for a way to step in the real estate market.

But today, the families are willingly opting for condos rather than detached houses. This is because of the affordability issues as well as changes in lifestyle.

This increase in demand led to the developers' change in the style of condos. That is, they now build condo units that are tiny. The square footage of the condos has been gradually decreasing from the past few years.

This is because the developers have tried to fit more bedrooms into lesser spaces. For instance, the culture of merging the living and dining area into a single space also came up as a lifestyle change.

However, the market now is changing. Once again, there has been a shift in the way people think. The developers are once again being asked to construct units with the area over 1,000 or even 1,200 square feet.

Retirees are also shifting towards living in condos

Gone are the times when retirees preferred living in single-detached homes with a lavish space for everything. The shift has started, and in the future, the city will witness more and more retirees shifting to condos too.

They now prefer to make travel plans to spend their money and adopt a lifestyle where they have to work less to maintain their living space.

When thought about logically too, it wasn't of much sense for the retirees to stay in a spacious 3,500 square feet house. It is tough to maintain, such as big living space for individuals who are in their 70s or 80s.

Instead, they spend their time traveling or exploring the newer place to enjoy a relaxing life with lesser chores to handle.

Also, there are plenty of advantages to living in condo suites. There are endless entertainment options available right next to the condos. So, one does not really have to travel far to access anything. All the facilities are present nearby.

There are drug stores, hospitals, banks, dining places present in close proximity. Also, the retirees get to enjoy a lively life with parks and amenities to keep them occupied.

What does the future of the condo market hold for Toronto?

There are quite a lot of changes expected in the Toronto condo market in the next five years. There are a lot of questions being arisen on various aspects of the real estate market. Will the investors be able to make any money by buying the condos for pricing as high as $1,200-$1,400 per square foot?

In case they are not able to do so, how will the developers deal with the situation? That is, the developers will not really be able to suffice the absorption targets set if they plan not to sell off the maximum condominium units to the investors.

There are chances of Toronto facing an explosion of co-living culture. Also, there might be an increase in the traditional rental apartments, student dorms as well as a number of extended-stay hotels in the city.

The investors of the market, as well as the developers, will keep their eyes on the real estate in the city to determine if it is going healthy. An ideal thing would be for the developers to purchase land smartly. This would help them in avoiding the overpaying scenario and then selling off the units at unaffordable prices to meet their requirements.

At the same time, it is advised that the investors have the patience that it takes and research well before jumping onto their final decisions. They should look for all their options, and understand the pros and cons associated with each of the options. Also, the investors must understand the value proposition required to support the upcoming condo projects, which are fairly priced and ignore the overly priced ones.

The bubble-like price growth happened once in the year 2017. The high-rise industry was able to survive that. The developers in the city have shown great creativity and resilience in the past decade.

However, as per what the history depicts, the market might not be able to survive the next housing bubble situation.

The real estate market has often seen shifts in the preferences of people as well as the pricing set by the developers in the past twenty years. Considering the present scenario, there are going to be quite a few changes in the way people prefer to live and spend their money.

There are some major decisions waiting for the developers of the city as well. The soaring high prices, availability of lesser space to build condos, and changing the choice of people are all going to impact the real estate market in some manner.

The sales of condo units are still on the upper side and increase in areas of the city like the Greater Toronto Area. This is due to the occupational and lifestyle constraints of people. Gradually, Toronto will be prepared to face the housing situation that might arise in the coming five to ten years.