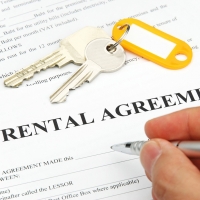 It doesn't come as a surprise that Toronto boasts the most expensive rent in Canada. However, an eye-opening national rent report reveals just how exorbitant it is. Just think about it, a major chunk of Canadians, 44% to be more specific, spend more than 1/3rd of their salaries on housing, with 15% spending more than half of it on rent.

Bullpen Research & Consulting leveraged June data to prepare the July report. Toronto has been in the limelight for the seventh month straight, with a two-bedroom costing $2,782 and a one bedroom now costing $2,266. Apparently, these prices saw a mere increase of 1.6 and 1.7 per cent month after month, but the increase was enough to cope up with the rising property prices in general to keep Toronto in the limelight as the priciest Canadian city for renters.

In comparison, while the cost of a one-bedroom unit in Vancouver saw a major jump of 5.5 per cent month over month, it still lagged behind the Ontario city. The cost of a one-bed property on the west coast costs an average of $1,990, more than $250 cheaper than the national average. When compared to the cheapest Canadian City, the real magnitude of Toronto's rental rates becomes clearer. Prices in Toronto are almost $1,500 more expensive than in Gatineau. A one bedroom in the Quebec City would cost you somewhere near $825 only.

RELATED: Toronto Condo Market Predicted to Rough it Up as 2019 Trickles on

The sharp rise of condo rental rates in Toronto have lead to an increase in purpose-built apartment construction. However, even though we see many projects taking shape, they are not being built fast enough to keep up with ever escalating demand. Not to mention prices will continue to rise since more than 40% of all Toronto condos are owned by investors.

To deal with the exorbitant rental market, a lot of tenants are seen settling for smaller Toronto lofts for rent, even those who are willing to share small suites with one or more roommates even in their late years. The average rental unit size has been on the decline, having fallen from 1,010 sq. ft. to 933 sq. ft. from October 2018 to June 2019.

Nationally, the average rent across all property types was up by 1.9 per cent month over month. It now sits at $1,953. The report attributes this to the fact that children are out of school and university students have returned home, freeing up rental listings.