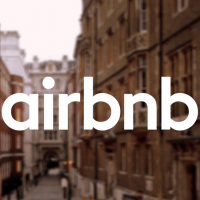 How Are Toronto Condo Residents Faring With Airbnb?

It’s no surprise that a recent report from Fairbnb, a national coalition of condo residents, affordable housing advocates, and union workers, has reported a 30 percent growth in Airbnb listings in the waterfront communities; a whopping 3,443 listings in December 2018 as compared to 2,644 the year before. The report also attributed 72 per cent of Airbnb’s revenue in Toronto to “ghost hotels”, which are Airbnb condo units run by hosts who have listed two or more properties.

The reason being that one-bedroom condos make for feasible ready-built ghost hotel suites, and people who purchase them usually do so for investment purposes or often sublease them to organizations that use them as ghost hotels. Such units prove to be more lucrative in the short-term rental market than on the long-term rental market. However, while short-term rentals and especially Airbnb are common in neighborhoods across Toronto, they are becoming all too ubiquitous in downtown Toronto – and are stirring quite some ruffles among long-term residents.

What About Affordability And Availability?

First things first, the pervasion of Airbnb rentals is greatly affecting the availability and affordability factors for Toronto residents. With the current vacancy rate in Toronto already running an all-time low at 1%, the growing number of Airbnb rentals are further aggravating the situation. Airbnb has already taken over 9,500 properties from the Toronto housing market as of this month. Such short-term rentals are bound to increase the housing prices in Toronto’s already cut-throat real estate market.

With the presence of Airbnb already sprawling across the city, aspiring Toronto homebuyers and tenants are facing an ever-greater competition and fewer options in the market. Even more surprising is the fact that 50% of all Airbnb profits are generated by only 10% of hosts. Since this small group of investors holds the monopoly over the short-term rental market, who is to stop them from purchasing more properties down the road.

It Affects Condo And City Living

The trend of Airbnb has evolved from simply renting a room or two in one’s own home to reserving entire condo units, even going so far as to allow guests access to all the amenities that permanent residents enjoy. This has inevitably taken its toll on condo owners and Toronto tenants. Condo dwellers don’t feel so safe constantly seeing new faces in the elevators and hallways.

Not to mention, a lot of Airbnb guests, especially young, belligerent ones, are not considerate towards the residents during their stay. Residents often report unpleasant nuisances, such as loud music blasting from Airbnb condo units, parking in residents’ spaces, trash outside doors, rowdy and drunk guests accidentally walking into the wrong units, spilled beer in the hallways, vomit in the elevators, and damage to common areas, just to name a few.

One thing is for sure; Airbnb-ification of Toronto’s most elite, profitable, and chic communities impairs the enclosure of those communities from those who made them what they are in the first place.

Condo dwellers are constantly asserting that short-term rentals don’t belong in residential condos. They are concerned about their safety, property, and the environment they live in. While a plethora of condo boards have banned short-term rentals in Toronto, many hosts keep advertising their properties while paying a deaf ear to the condo board rules. Some even instruct their guests on sneaking about and staying low-key so that no one suspects them.

WHAT Will The New Rules For Airbnb And Short-Term Rentals Do For Toronto?

The local Planning and Appeal Tribunal (LPAT) is coming down hard on Airbnb rentals with a set of new rules. As the city continues to grapple with major affordable housing situations, these rules could somewhat assuage the situation and return thousands of properties back to the Toronto real estate pool.

The new rule states that “short-term rentals will only be allowed in landlords' principal residences for up to 180 nights a year for an entire house or apartment.” The rule also allows homeowners to rent up to three bedrooms year-round for a period, less than 28 days. This seems to be good planning in the public interest – a step in the right direction. But we have yet to wait for more news in December, regarding timelines, implementation and how the 4% Municipal Accommodation Tax (MAT), registration, and licensing will work. Experts at the Toronto condo team predict that the potential return of secondary suites and residential units to the long-term ownership or rental market, will inevitably improve the availability of housing in the city