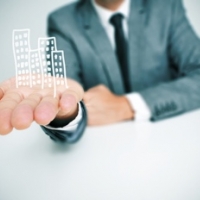 The condos in Toronto, Ontario in Canada are in high demand these days. The real estate business is also on a rise in the city. There have been slight changes in the rules for buying a condo in the city for the year 2018. In order to buy a condo in Toronto, you must first go through the new rules and understand them.

The Current Condo Market of Toronto:

It is important that you understand the real market in Toronto. Due to the high demand for condos in the city, the average days a condo stays on sale does not cross the 20-days mark. So, whatever decision you need to make, you will just have 20 days. The average price that is being asked for a 1-bedroom condo goes up to $488,495 while the average asking price for a 2-bedroom condo reaches up to $683,399.

Getting to Know the New Rules:

There is nothing very complicated in the new rules that might not be understandable. According to the President of Mortgages.ca, James Harrison, the new rule is simple. From 1st January 2018, Universal Stress Test by the Bank of Canada has come into effect. In order to buy a condo in Toronto, a person has to qualify for their mortgage. This mortgage is either based on the current 5yr posted rate or their contracted rate plus 2.00%.

Why the New Rules?

People might not understand but these new rules have been implemented for the sake of the people. Many people opt for personal debt loans in the country which many are unable to pay or pay on time. This is one of the techniques they have come up with to ensure that only the people who can afford the mortgage value buy condos in Toronto. Though this was a step taken for the betterment of the people, it has not been very popular among the people of the city and it would not come as a surprise if the government reverts these new rules. These new rules will make a lot of buyers take a step back from buying condos in Toronto.

How Are the Buyers Being Affected by the Implementation of these New Rules?

As discussed previously, these new rules are a way the government can prevent the over-leveraged buyers from entering the real estate market. It can be said that these new implementations in the housing market do not seem very good for the buyers and are expected to have a major negative effect on the buying capability of people of Toronto.

According to James Harrison, a negative impact of about 20% is expected. Another step was taken for this very purpose not very long ago when the minimum down payment was increased to 10% from 5%. This was imposed on the properties in the range of $500000 to $1 million. The new rules today and this rule in 2016 are ways government is using to ensure long-term stability and reduce the exposure of the taxpayers.

The very first stress test came into effect in the month of October in the year 2016. This test was to target the insured borrowers with a down payment of less than 20%. A rate was of 4.64% was posted by the bank of Canada that every such borrower was expected to qualify. It was to prevent the over-leveraged buyers to step foot in this market. Similar to the stress test in 2016, the stress test under the new rules of 2018 has come into effect for the same aim that is to stop the over-leveraged house purchases to take place but this time it is for the uninsured borrowers with a down payment of 20%. This will make sure that all buyers opting for a loan will be tested on the bases of the 2018 stress test.

These new rules will majorly affect the people entering the housing market for the first-time due to a lower income. Prices of the properties are expected to drop but not more than 5%. These new rules, in a way, have helped the regular buyers and investors of the housing market as fewer people entering the market means little or no competition. If a home purchase has been made in months before January 2018, the buyer will be able to qualify under based on the old rules. While a buyer who has purchased a property in months before October 2016, they will have to qualify for the both, old and the new stress tests.

Not Approved for a Mortgage due to New Rules?

If you are one of those buyers who have been negatively affected by the implementation of the new rules and are not approved for a mortgage, here are some guidelines that you must follow.

We all are aware of the fact that the stress-tests are for those lenders who are being regulated by the Office of the Superintendent of Financial Institutions (OSFI). The lenders who are not regulated by the OSFI are obviously free from the stress-tests. Such unregulated lenders are known as the shadow lenders. These lenders can make the home-buying process easier for people of Toronto. It is suggested to the buyers that they carry out a research before they get into business with any such lenders.

Visiting a bank for this is not a good and a wise option anymore. It is recommended to buyers to look for experienced mortgage brokers as they can help people explore more options and make smart decisions. A good broker will have solutions to all your problems so connect with an experienced and knowledgeable broker to step into the housing market.