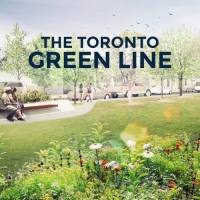 Hydro corridors might not be the most attractive sites of the city, but they are important as without them, the place would be dark and dull. Over the years, the spaces available to build parks and other recreational spots are decreasing as Toronto is becoming more urbanized each year. Therefore, hydro corridors are becoming quite popular. Residents in the city appreciate them too.

Details on the Toronto Green Line

The latest development in this aspect is the revitalization of the Midtown hydro corridor. The Toronto Green Line implementation is in planning which will completely revive Toronto's Midtown. It is a hydro corridor that is 5 kilometers in the stretch and will completely change the face of the neighborhood.

It was in 2012 when the Toronto Green Line was first thought of and started by the city. It initially led to the commissioning of Forestry, Parks as well as Recreation Capital and later developed into this major hydro corridor. There are about 45 parcels of land located between the stretch of Davenport Road and Macpherson Avenue which follow a Hydro One corridor. This stretch lies in the southern direction of St. Clair West. The City of Toronto partnered with Park People to implement the Toronto Green Line plan. In this plan, the motive is to revitalize the existing parks in the region and create newer green spaces. Also, it aims to enhance the connectivity as well as the safety of the pedestrians along the stretch.

The main aim of the Toronto Green Line Plan

Around 20 projects are proposed in the 45 parcels of land that exist in Midtown. The idea is to create a linear park system. In the Toronto Green Line Report that was released, there were several goals mentioned that are in planning for the hydro corridor.

Here are the key goals as per the Toronto Green Line Report:

The character of the Toronto Green Line

The main aim of the plan of this hydro corridor is to have consistency. In spite of having 45 different parcels of land in the implementation, the idea is to make the character flow from once parcel to another congruently.
The Report mentions that the Toronto Green Line will create a route that is clear, clean, and inviting for the pedestrians. This route will weave through all the parcels as well as public-accessible paths, crossings, sidewalks, wayfinding as well as streetscape improvements.
These paths will improve the biodiversity of the region and add to public art wherever it is possible. This public art will comprise of a variety of things that are site-specific and could be temporary or permanent. It would include things like street art, murals, installations as well as digital art.

Phase 1 of the Toronto Green Line

The main focus of Phase 1 of the Toronto Green Line project would be on analysis, inventory as well as consultation. The team working on the project will look comprehensively into the inventory associated with it. This would include conduction of various archaeological and environmental assessments. It would also include planning and reviewing the existing policies and preparation of safety and walkability audit. Consultation with the stakes holders involved will also be a part of this phase.
The conclusion of this phase will be with getting a clearer picture of the opportunities as well as constraints of this development.

Phase 2 of the Toronto Green Line

Phase 2 will include the formation of a complete conceptual master plan for the development. That is, with all the design guidelines, site-specific schematic designs as well as other design-related details.
A proper phasic plan for the implementation considering the costs involved will also be made under this phase.

The project is located within an active electric transmission corridor. The main motive of the project is to deliver electricity through the City as well as the province. It includes transformers, a substation as well as multiple hydro towers. All these would be linked with each other via overhead power lines.

Improvements in the streets of the region

The streets are not fully reconstructed yet. However, the cross-sectional adjustments for Geary Avenue and Bridgman Avenue will improve the condition of the streets. The existing streets, as well as pedestrian ways, will be widened. Also, the parking lanes in the area will be well-defined. This will help the vehicles to manage speed better and provide better opportunities from improvement.

There were quite a few flaws and challenges observed in the very first design plan that was created for the Toronto Green Line. Plans such as including pedestrian bridges posed challenges. That is, this would not be possible due to the constraints of a functioning hydro corridor.
The design plan has improved greatly after the initial proposal that was made for this Midtown hydro corridor. There are plenty of design constraints due to the strict rules and regulations as well as technical requirements for their development.

* An example of this is that all the hydro towers under this hydro corridor should have a maintenance exclusion zone that should stretch for 15 meters. All the hydro towers of the Toronto Green Line are situated at equal distances along the corridor. In addition, they must be easily accessible to handle regular maintenance activities.

* This poses quite a few restrictions in the plan. For instance, tree planting needs to be planned according to these constraints. This is because minimum clearance space is a must for the connection of hydro wires and other things. The towers must also be accessible via the service vehicles without any kind of obstructions.

* The materials that can be used for designing the various things under the plan of the Toronto Green Line also have restrictions. The materials in usage for park benches, fences, etc. will depend upon the safety rules that are to be considered for the project. For example, conductive materials can’t be utilized for these things.

Another one of the major challenges is land ownership. Different parcels of land are owned by different entities of the city. For example, the parcel that lies between Bathurst and Spadina is basically a parking lot for George Brown College. There won’t be much possible with this particular parcel. However, the team is constantly on the lookout for opportunities to maximize the development and revitalization in the region.

One of the highest priorities in the Toronto Green Line development is to create the second-largest park situated east of Spadina Avenue. The park will feature a cast space filled with lush green lawn as well as meadow planting which will surround the Green Line path. On the other hand, Galleria Mall redevelopment is planned for development in the medium priority range.

Due to such a favorable project in implementation, the residential projects near the development are going to have a massive advantage. Casa Loma, Annex, Carleton Village and Wynchwood are the main locations which will have the Toronto Green Line in their proximity. The five-kilometer stretch is going to feature great developments.

The residents staying in areas such as Annex are going to be highly benefitted by the recreation and tranquil neighborhood that the Toronto Green Line is going to create. The most famous condo developments in Annex include 1 Bloor Street West One Condos, 483 Dupont Street Annex Loft Houses, 295 Davenport Rd The Creed Condos and many more. The Toronto Green Line will add to the vast range of advantages already being provided the condominiums situated in the area.
The Toronto Green Line is going to bring about a significant change in Midtown. The venture of a hydro corridor that is in planning will not just enhance the appeal of the region, but also prove to be advantageous for the city. The electricity supply will see improvements, and the recreational spaces will be enhanced too. Moreover, the existing parks, as well as new parks, will add to the aesthetics of the region. The residents of areas such as Annex and Casa Loma will witness great ease and serenity as the Toronto Green Line will certainly make the place more attractive and increase its market value.

If you are looking for any information and details on the condominiums located in Annex or any other parts across Toronto, visit the website of Toronto Condo Team and explore the wide variety of options available in residential condominiums