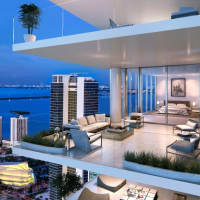 The Features Every Toronto Condo and Loft Dweller Looks For

For every person who is looking forward to buying a new condo in Toronto has only one question in mind, which is; what features to look for in the condo? This question needs to be catered by every builder as well. What are the features that you need or want when looking for a condo to live in or to make it a desirable habitat for yourself and your family? To conclude the results for these questions, Avid Ratings Canada conducted a survey about the preferences of the condo dwellers. The results, concluded by the survey, are quite surprising.

As concluded in the results of the survey, 78.1 percent of the people desiring condos want their condo in at least a mid-sized building. To spend days closer to the street like amenities increases the feel of a community, culture and society of a person, it tends to teach them the ways of life and also, it can help them to learn the new perspectives. Most people enjoy such lifestyle. The survey results also showed that the condo residents are also more concerned about the energy efficiency. What might be affecting the condo resident’s preferences is a growing green movement. But, mostly it is due to the impact energy costs has on people’s pockets. The people might prefer it better if the energy efficiency is coming in the face of energy saving appliances. The building with the certifications by LEED is more likely to increase the demands. Apart from the energy efficiency, what the condo residents want is structure fixing of wiring for the power outlets, smart and efficient home technology, and highly efficient windows. Most of these should surround the kitchen, though.

The survey results also concluded that the condo dwellers require, most of all, is a flexible design and American style kitchen. Kitchens, which are supposed to be the center part of the condos. These kitchens serve more than one purpose. Space is utilized to work, cook, and most importantly it is used to large a large variety of electronic appliances and devices. The American style kitchens are the most desirable among people. This is due to the kitchen of this type gives quick access to other parts of the house while still being the central hub for the activities and utilities.

Along with the American style open concept kitchens, these people also sought after flexible storage solutions. Families of all sorts require such storage. Some want it to store the baby carries and others want a wider closet space in order to store bed sheets or towels. A better and wider storage space is a feature that has high demand all around.

When the survey was conducted, about 42.9 percent of the people who responded were either single or couples without children. Though, in the next few years, this demographic will change. These condo dwellers require some specific features in their condos, which are; energy efficient, wide storage space, mid-rise buildings, and the open concept kitchens in a functional design. These features set to serve as the future for family-friendly Toronto condos.

In the same survey, the results showed that about 46.7 percent of the downsizers were ready to buy the condos that were lesser in area for the features, which are like those of new homeowners. These people seek mid-rise buildings so that they can enjoy the street amenities which give them a feeling of culture and an opportunity to blend in with the community. They also, seek wider storage space, smart and functional kitchen designs along with security. The older residents of the building wanted a swimming pool for pleasant and low strain exercise.

Most of the developers and builders shy away from the mid-rise buildings. The lands of the lands in Toronto are becoming smaller with each passing day. In a condition like this, most developers would want to build a top notch building in order to sell more units. The price to build an average sized building is nearly same as the cost needed to build a top scale building, but, the builder of a high-rise building can stretch the costs on to many more condo sales. The mid-rise builders are known to have a more lively appeal when compared to that of a high-rise building.