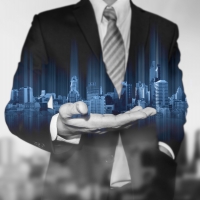 The Best Condo Developers In The Greater Toronto Area

The real estate market in the Greater Toronto Area has witnessed a prolific rise. There are new and larger condos being developed on a regular basis to provide a luxury lifestyle to the Toronto residents. The area in and around GTA is full of amazing buildings by the different and versatile Toronto condos developers. The development in the GTA is improving the standard of living at a great pace. In the past few decades, a rise has been observed in the number of buyers looking for condominiums for living as well as for investment purposes. The reason behind this rise can be attributed to the changes in living as well as job culture of the people living in Toronto. If you are looking for the best Toronto condos, we have brought to you the details of the best condo developers in the GTA. Let us explore about them in detail:

They are known for their excellent customer service along with state-of-the-art architecture and development. Tridel is also known for taking initiatives to protect the environment. The company has been a leader in building green-friendly buildings along with taking forward-thinking initiatives. They are one of the first Toronto condos developers to consider better spaces for women condo owners. Tridel is a leader in the Toronto real-estate market with around 10 major developments in the GTA.

Almost every development by the Tridel group offers something unique and speaks luxury, there are few developments that are stunning and marvelous. The Bianca project by Tridel is a boutique building that is located on Dupont Street. The place is located west of Spadina Avenue and offers some stunning views that one can never get tired of. The Bianca speaks luxury and class from all ends with stunning 3+ bedrooms available for purchase for a price of over $1.8 million.

Another milestone for Tridel is the Via Bloor project which is a project of utmost prestige and class. The condominiums are located in the city's downtown core and near the Rosedale ravine. The occupation for Via Bloor starts from the spring of 2021 and potential residents can get an apartment which is higher than the 38th floor.

Tridel is definitely at the pinnacle of Toronto condos development. Every project that the group has undertaken has been built keeping in mind luxury, class, and the comfort that residents would need.

Over the years, Daniel Homes has been building designs which have stood out in Toronto's real estate market. One of the highlights of Daniel Homes is that they support designs that are accessible and provides Accessibility Designed Program (ADP). The real estate developers have built properties that are accessible by mobility devices. Unlike many other developers in Toronto, Daniel Homes has changed the requirements of the Ontario Building Code with the ADP.

Many Toronto condos for sale which have been built by Daniel Homes offers many benefits to its residents. The company offers a First Home Boost Program. This assists the potential residents who are first-time buyers to increase the down-payment from 5% to 15%. The program offers the resident an option of interest-free and payment-free loans for their benefit.

Daniel Homes have over seven of their major developments in Toronto. One of their major projects is the Bartholomew Downtown East. The building is in the heart of Toronto and in the vibrant neighborhood of the Dundas East. There are multiple luxurious Toronto condo suites along with townhomes.

The developers currently are in the process of registration for The Sutton Collection. This is an exclusive collection of townhomes along with homes that are semi-detached with a starting price of $1.2 million and located in Toronto’s east end.

Menkes Developments was given birth by Murray Menkes in the year 1954 and is a family-operated business. The real estate company that started off as a small venture focussing on building single-family homes now stands as a giant in the market. It is one of the largest private developers in Toronto, Canada, having its main focus in GTA.

It has been over six decades now that Menkes is building Toronto condos with world-class amenities. All the projects by Menkes talk of sophistication, class and premium quality. Alongside, the real estate giant has also made its way into the industrial as well as commercial and office spaces all across Ontario.

One York Street condominiums and Harbour Plaza are one of the most popular projects under the portfolio of Menkes. Luxe Condominiums and Pears on the Avenue are also highly known ones in the market. Under the retail category too, Menkes has been a part of successful ventures like Four Seasons Hotel and 365 Church. The company has been a significant part of the real estate developments in North York City Centre as well. Menkes accounts for a total of 21 Toronto condo towers at the North York City Centre to contribute to the master-planned community.

In today’s real estate market, the company has spread its reach across all the prime locations of Toronto. Menkes has been known in the field to provide exceptionally stunning architecture and great interiors for multiple Toronto condos for sale. Over the years, Menkes has been officially recognized by various award associations. The most prominent award associations include BOMA Awards, Tarion as well as Summit International Awards.

With over 28 years in the real-estate market, Monarch Homes has been building properties that provide state of the art architecture along with a touch of class. The company has been building homes and condominiums that the residents can relate to. Features especially for modern families, Monarch has built some of the finest properties in the best locations of Canada.

Monarch Homes is known especially for their customer service and the importance that they give to what the residents want. Their homes focus on style and design that is modern and unique in every aspect. The quality of living offered by Monarch Homes is what is loved by most families living in Toronto condos.

In Toronto, Monarch Homes has been consistently building a few of the finest single-family homes along with condominiums that are touching the skyline of Toronto. Encore at Equinox is one such project by the Monarch group which is located at Borough and Brian Harrison Way. The building has a total of 39 storeys with 403 suites which are available for occupation. The condominiums cater to every need of the residents with some luxurious amenities such as a sports lounge, guest suites, party room and much more.

Yonge and Belsize Condos is another such Toronto condos for sale with over 200 suites and 8 storeys that will be available for occupation. The property is located near a neighborhood which has ample green space and is one of the most preferred neighborhoods of Toronto. With Famous Players Canada Square Cinemas and the Phase 4 Films in the neighborhood, no resident can ever lose interest in such a place. If you are looking for a Toronto condo for sale, search for the best developments of Monarch Homes for a complete and luxurious way of living.

Camrost is one of the leading developers in Toronto with over 40 years of experience in the industry. The developers are known for building landmark Toronto condos which offer a unique style along with the best amenities. Camrost has won multiple awards for its pristine architecture across Toronto.

The Yorkville Private Estate collection at 155 Yorkville Avenue is of the highlights of the Camrost group. These units are located in the heart of downtown Toronto. With panoramic views of the Toronto skyline and ceilings that are over 10 feet high, the condominiums provide luxury in almost everything. Yorkville Private Estates located at the Avenue and Cumberland are Toronto condos that have been built by Camrost Felcorp. This brand new project defines luxury in a completely new way with 51 high-end units. The property is situated in one of the most prestigious neighborhoods of Toronto. The Toronto condos for sale have access to TTC, multiple grocery stores, supermarkets and much more.

Camrost have built over 8000 residencies and over 1 million square feet of office and retail space. The 9T6 condominium residencies are one of the landmark residencies that is located in downtown Toronto.

The Foxbar Collection at Blue Diamond is another major development by Camrost Felcorp which is located at Avenue and Clair. The construction provides 6 exclusive and elegant suites. The new development by the Camrost Felcorp is located near a vibrant neighborhood with a plethora of shops located all at a walking distance. The Glen Gould and Amsterdam parks are all in close proximity to the Foxbar Collection. The place provides all the facilities and amenities which every family requires along with premium spacious suites.

Pemberton Group has been a prominent name in the real estate market of Toronto with over fifty years of experience in the market. The group has been a successful builder of various commercial as well as residential developments all across the GTA. It is undoubtedly one of the largest real estate developers in GTA and also secured the third rank in RealNet’s High Rise Condo Developer of the Decade Ranking. Pemberton Group is often associated with the word ‘perfection’ when it comes to building residential as well as commercial spaces in GTA.

Till date, the Toronto condos under Pemberton Group cover an area of over 5.8 million square feet, representing over 6,500 units. The main aim of the Pemberton Group is to build a community with trust and integrity. The quality of the condominiums built by Pemberton Group speaks for themselves. The state of art architectural quality and great interiors make the condos a true delight for the real estate market in Toronto.

All the Toronto condo developments by Pemberton Group stand way higher in ranking when compared to the rest because of the utmost determination, experience, and skills of employees at Pemberton. They provide the real estate buyers and investors with a newer dimension when it comes to condo amenities and design of the developments. Thus, Pemberton Group makes a contribution to the luxury living in GTA. Since its establishment, Pemberton Group has been devoted to providing exceptionally well-designed condominiums.

Toronto has witnessed an exponential boom in condominium development in the past couple of decades. The newer trends of living have contributed towards their rise and the increase in people's interest in an urban way of living have added to it. Today, more than 600,000 residential Toronto condos exist in Ontario, housing about 10% of the total population of the area.

The rise in demand for Toronto condos has also resulted in the boom of real estate developers in the region. Amongst plenty, the developers with a significant contribution to the real estate market have been discussed above. Undoubtedly, the above-mentioned Toronto condos have been associated with the best-in-class, luxurious condominium projects. So far, the GTA has been amongst the most prominent regions for condo developments.

Apart from the developers mentioned above, developers such as Mattany Homes, Freed Developments, Tribute Communities, and Lamb Development Group have also been significant contributors to the development of Toronto condos for sale.