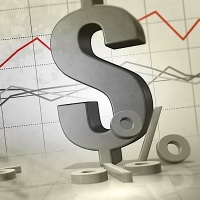 On 1st January 2018, new and tighter mortgage regulations are released out. Now, it is the time to put light on what this is for you people. Before, October of the year 2016 government deployed latest mortgage rules, which are most commonly called ‘stress tests’. These stress tests required for each and every insured mortgage to be given approvals by the posted and set of rate 4.46 percent by the Bank of Canada. Now, it is being introduced for the un-insured mortgages and which is very much similar.

When the latest rules settle in and take it rise, the people that are applying for the mortgage will now need to give proof that they are able to afford the set monthly cost of about 4.89 percent mortgage. This clause is without conditions, it does not depend on the rate that the people are offered but they will have to pay it if they succeed. For instance, a couple would want to set a 2.75 percent changing rate mortgage. Now they have to also give proof that they are able to afford 4.89 percent. It does not end here.

For the non-insured mortgages of 20 percent down payment, the stress test rate is 4.89 percent or the mortgaged rate which is offered with additional 2 percent, whichever is greater.

No, let us take the example of the same couple and regard it as they are being proposed a 2.95 percent mortgage rate. Now, they will give proof of that they are able to afford at least 4.95 percent monthly payment, which is 2 percent more than that was offered to the couple. 2.95 percent + 2 percent.

The impact of the stress test on the buyers

As stated by the blog Better Dwelling, under the new set 4.89 percent stress rate, the number of people in Toronto, who are capable of purchasing houses, will drop from 49 percent to 38 percent. As per documents, the 49 percent of Toronto households have an average income which is capable of making a mean home purchase of $750,800 along with the mortgage rate at 2.89 percent.

As in the example number 2, the buyers will have to prove that they are bae to pay about $511 additional each month, in order to make it to the similar mortgage price. This projects that the monthly income of the buyer will have to escalate by almost $15,000 in order to qualify.

If we look at its brighter front, the stress rate will make the Canadians to think about their current revenue levels and not spending them all beforehand. The negative perspective can be that this stress rate is abating the present purchasing power within the market.

For some people who are looking for a $500,000 purchase, they may already be looking for the resources to stretch their income levels, in order to make that purchase.