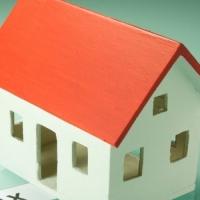 Toronto may finally be cracking down on real estate speculators who invest in multiple properties and leave them unoccupied, while residents struggle to find affordable housing. On July 15, 2021, Toronto City Council has approved a plan to implement an Empty Homes Tax as of January 1, 2022. While the exact details of the plan will be revealed later this year, the proposed tax is modeled after the “empty homes tax” already implemented in the City of Vancouver. Since 2017, vacant houses in Vancouver incur a 3% charge on the assessed taxable value of the property. According to the law, any house that has been unoccupied for more than six months is considered vacant. Exceptions include the death of the owner, homes under renovation, or homes where the owner is in medical care.

The proposed tax is 1% of the assessed home value. So, if a home that was declared vacant was assessed at $1 million in 2022, the owner would have to pay an addition $10,000 in annual tax. By imposing this tax, the city council hopes to bring more vacant properties back onto the resale or rental market to curb housing speculation and find a solution to Toronto’s housing affordability crisis. The affordability crisis has actually demotivated youngsters from getting their feet wet in home ownership. As Toronto continues to drive its main consumers to smaller regions and the suburbs, the damage was starting to seem tantamount.

To ensure the viability of the plan, all homeowners have a responsibility to declare the status of their residential home each year, whether it is occupied or vacant in the last 6 months. Each home’s current occupancy status would determine whether the property is taxable.

As for those who are reluctant to populate their property, the move would help raise revenue during a straggling economic recovery from COVID-19. According to government estimates, if we assume that at least 1% of the city’s housing stock is vacant, and charge their owners an additional 1% on the taxable value of their property, the total revenue generated would be a whopping C$55 million to C$66 million, that would be used to fund additional affordable housing initiatives. In the long run, the benefits of this decision will be felt across the city by increasing the availability and affordability of housing supply.

Coupled with a low vacancy rate, The median rental price for a one-bedroom sits as $1,800 as of June, which is deemed quite unaffordable by many. Reducing the vacancy rate would make more homes available to rent by people actually living and working in Toronto, not just hoarding property in the hopes of profiting from rising property values. Since the move hopes to convert units that are sitting idle into ones that are occupied, experts are hoping to see an increased surge of rentals available on the market. Meanwhile, we will wait and see whether this latest tax measure will help to improve supply and pressure on home prices