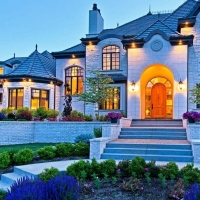 Does ‘Curb Appeal’ Exist For Condos?

Not skin deep but curb appeal is what decide the impulse decisions of connoisseurs. That global trend is more than explicit in Canada. Curb appeal is what you visualise the interior by looking the exterior. The term, coined and exclusively used in America during the housing boom, is catching up other parts, especially Canada. The curb appeal is a litmus test for the customers to decide before stepping in mentally.

Symmetry is out now, and asymmetry is in to enhance the curb appeal. In fact, the loft buildings converted to taller apartment complexes make the curb appeal much more manoeuvrable. The curb appeal is simply the attractiveness of the exterior of a residential or commercial property, as viewed from the street. That term was extensively used in America during the housing boom and continues to be used as a measure of the initial appeal of property to prospective buyers.

The fundamental conviction that the interior is bound to be attractive if the exterior is right did the unique selling points of shops, restaurant, theatres, and malls to flourish. In other words, the owners, builders, architects and designers spend much effort in creating the exterior exemplary. As a corollary, judging people by the look and appearance is almost a universal phenomenon.  The Psychologists would vouch for the fact that better-looking people get a better job and better promotions. Going further on same exterior appeal, a better-packed food shall get a better market share. For example, it is a routine for perfume bottles to cost more than 80 percent of the content inside. And so are the liquor bottles!

Translated in a layman language, the external appearance of condominiums increases  the prospect of a better price and faster turnover than others which failed to encash that aspect. But not many would agree but at least the lion's share would. That lion's share can be 50 to 70 percent roughly.

It is the ‘first impression principle’ that rule here in real estate, especially condos of Canada as such. Besides the building, the curb itself can be a deciding factor. The dealers, agents, and clients agree in unison to tell that curb appeal is important. Possibly, the cost of the condos with better curb appeal is on the higher side. Some dealers or real estate agents feel the haggling on price is slightly less because of the curb appeal. There are very few who say that the external appearance is not their concern. The Wow factor of curb appearance is definitely going to stay for some time.

An excellent manicured landscape, tree-lined pathways, and natural ambiance would enhance the curb appeal more. Even though not officially, started a new branch of architecture is emerging - shall we call it as curb appeal architecture?

The curb appeal architects should have an eye for detail as well as curves and crevices. As the evaluation criteria have to accommodate the curb appeal too, the beholder of beauty has another squinty look? That could be mammoth red-brick configuration with pillars and elliptical facades. Or it could be swellings at the most unexpected regions. Maybe it is the roof with greenery spread across which can be seen from far.

And curb appeal need not be close enough to sink in. When you drive at the farthest location, the curb appealing marvels can be noticed, or it can be from the air too. Once the customer got a mental picture of the appalling exterior, less likely there would be a backing out. It could be Victorian or Edwardian or Elizabethan, but the unwritten edifice wrote on them as curb appeal to draw customers flocking in.

But all shapes, slants and geometrical jugglery need attract everyone. There are individual tastes that need to be fulfilled. And paramount is that the curb appeal should be in tune with the surrounding. The ‘odd man out' curb appeal may be repulsive. The name like Trump or Marlin Monroe or Jackie Kennedy would add up the curb appeal generally (But as the rating falling, Trump towers have few takers?). The merging of the condo in tune with the place, history, heritage, skyline and even the beauty icons would have a bearing on the customers' preference.  Yes, to a very great extent when it comes to the curb appeal that makes head turn.

Yeah, the writing is on the walls!