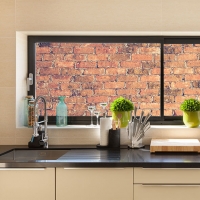 If you already own a condo or are looking at condos for sale in Toronto under 200K, you must know the zillion factors that come into play when you are making a final decision. Of all those, a condo’s view proves to be quite a deciding factor. I mean, how many times have you gone to a viewing, and surreptitiously peeked out to see what you were looking out at?  Don’t we all! In fact, a great view is the ultimate deal breaker for most clients.

Let’s face it; most condos for sale in Toronto under 200K hardly have multiple windows to the outside in various directions. For most of us, the exterior glass wall or a balcony is the only point of contact with the outside world. While you can refurbish your unit whenever you fancy, you will always be stuck with the same view for as long as you live in that unit. In fact, not only should you be choosing what you view, you should also be taking in the future potential of your view. Even a great view can be destroyed if let’s say, a building is erected right in front of your window!

Who wants to spend their days looking at dead walls when you could be gazing out over a picturesque forest or a thriving square? Not to scare you or anything, but we asked a few people about the worst things they had to stare out at in their condo units, and the answers are nonetheless shocking. Read on to spot a bad view when you see on!

Well, I admit that not everyone buys a condo because of its “view”; some just think of it like a feature, much like location, building amenities, square feet, outdoor space, proximity to work, etc. But we still think that staring at a brick wall, pretty much all the time, can be a tough nut to crack for most people.  I was once considering purchasing a condo with a massive 440 square foot terrace with a BBQ, but, with no view other than a gigantic brick wall. The longer I stood there in awe of the outdoor space - thinking up ways to turn it into a spring-and-summer sanctuary, complete with a 8-person dining set and large planters - the more I realized how annoying that wall was. Forever there. Never moving. And as you guessed, I couldn’t make myself buy that condo, despite the fact that it checked most of my boxes.

Imagine this; you are living on the second floor of a 500-unit building, overlooking the parking garage in a teeming building, with your unit vibrating everytime the garage door goes up! Horrifying! No matter how hard to ignore what is going below, you won’t be able to resist turning everytime a car passed. involuntarily. So, unless you want to memorize the license plates of just about everybody in the building, you would want to avoid buying such a unit.

You could be looking out at an infinite number of things, even businesses, but why would you want a gas station as a view! It could be the ever-present smell of gasoline, or the fact that when we look at a gas station, or smell gas in general, our mind conjures up images of frantic levels of traffic. Don’t we get enough of that every day! Then there is the problem of signage. As soon as it turns dark, the LED signs light up. Not the kind of light you want in your condo, do you?

At the rate Toronto is growing, vertically more so, it is not uncommon to look out the window of your condo and catch the eye of some stranger lounging idly in their living room! But living close to another building is one. Some condo buildings are designed such that units look out at other units within the same building. Recently I saw a building where there was a mon elements courtyard from which you could look up and see all the balconies. But this means that all the courtyard-facing units of those buildings would also be able to stare into their neighbor’s units from about twenty-five feet away! Why would you want a unit with no privacy!

This one’s a no-brainer. Why would I ever want to look out my window, every single day of my life, and think (and smell) of human refuse? While I was hunting for a condo a few years ago, I entered one that seemed fine. Until… I thought I could smell something weird. The smell got fouler as we approached the balcony. And upon looking down, we could see a meticulous row of black garbage cans innocuously sitting there like nothing was wrong. But on the inside, I am sure they were hiding something so foul; I could almost taste the smell.

It’s not just that we are conditioned to believe that alleyways are dangerous. Perhaps there’s something unsightly about a place where homeless people linger, or people coming about to throw their trash or taking a smoke! Especially if the alleyway has restaurants on the other side, you don’t want to be bombarded with smells all the time.