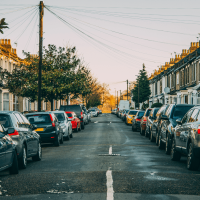 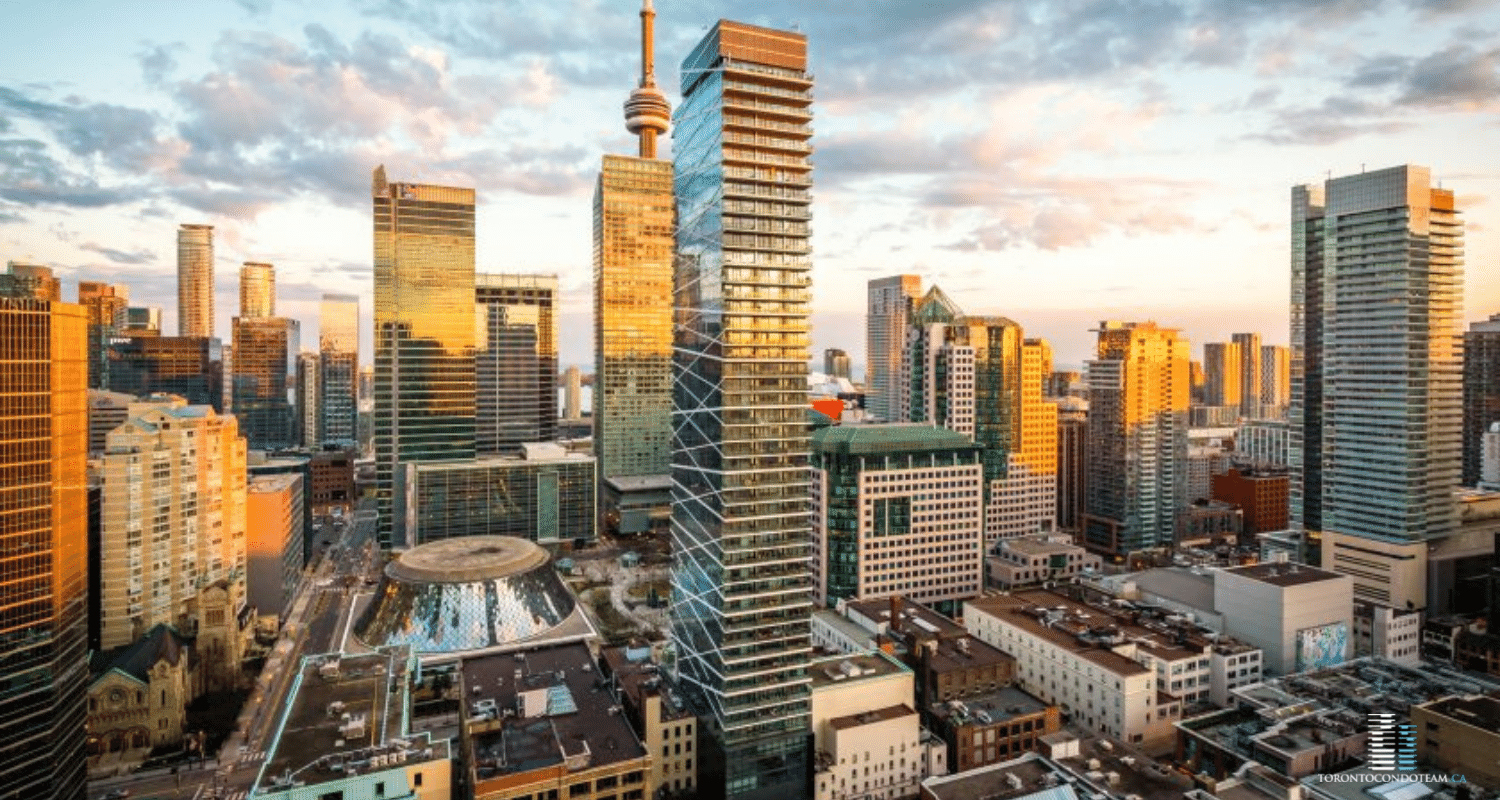 Despite Toronto's volatile real estate market, home-buyers can still leverage their investments by purchasing a condo in one of the best neighbourhoods in Toronto. Condo prices in Toronto's suburbs have remained steady, with specific neighbourhoods boating cheaper housing prices than others.

Living outside the city centre provides an increased selection of family-friendly features to make residents with children, pets, the elderly and those looking to expand their families' lives easier and more comfortable.

By investing in a condo in a city suburb, you can take advantage of cheap property prices in the city's most desirable new areas. Let's look at some of the best neighbourhoods in Toronto.

Cabbagetown is one of Toronto's most unique communities. With tree-lined streets, this suburb is tucked away from most of Toronto's main transportation lines, and you have a well-preserved historic neighbourhood that many Toronto residents embrace. The elegant century mansions feature architecture that predates almost every neighbourhood in Toronto.

Cabbagetown condos provide residents with a perfect blend of lovely architecture and elegant contemporary accents. Residents living in Cabbagetown range from prominent business executives to celebrities in the creative industries and everyone in-between. Certainly, it calls for a vibrant and diverse neighbourhood!

While Cabbagetown does not have several transportation lines yet, you can easily reach this suburb. With many local boutiques, restaurants and grocery stores in the neighbourhood, it's easy to run errands and explore on foot.

Sherbourne Station and Castle Frank TTC Subway Stations are located on the neighbourhood's north end, while the Don Valley Parkway is immediate to the east if you travel from the suburb.

Leslieville has grown into one of Toronto's most active neighbourhoods, and it's a lovely place to raise a young family.

You can find several popular restaurants, cafés, bars and boutiques on the streets of Leslieville, attracting locals and tourists alike. It is one of the Toronto's best neighbourhoods to live and play due to its terrific outdoor and pedestrian-accessible parks and shoreline.

Over the last few years, condo building along Queen Street East has expanded, adding to the already diverse range of real estate available in the area. There is a combination of Victorian and modern residences and townhouses, semi-detached houses and condos on the quiet side streets of Leslieville.

Whether you need groceries, go shopping, or enjoy a night out, Leslieville is a relatively walkable neighbourhood. This Toronto neighbourhood boasts major transportation corridors, including the DVP to the west and Lake Shore Boulevard to the south. You may also take public transportation such as the Queen Streetcar east or west or one of the north-south buses to the subway line.

With plenty of new condo development projects in the pipeline, we can see more condos in Leslieville very soon. Among various other condos, Flat Iron Lofts at 1202 Dundas St, Broadview Lofts at 68 Broadview and Printing Factory at 201 Carlaw Ave have gained maximum popularity among property buyers.

Despite being one of Toronto's oldest neighbourhoods, The Annex is an eclectic district with youthful energy and a contemporary urban vibe. It is known as one of Toronto's most treasured and unusual downtown communities. Residents will find everything from urban sushi eateries and budget-friendly pizza shops to second-hand bookstores and neighbourhood cafés outside their front door in The Annex.

Despite the fantastic local shops and shopping, the Annex is a primarily residential area. The real estate in the Annex is rich in Edwardian and Victorian architecture that stands out with incredible uniqueness.

For a long time, the Annex has been a well-known student quarter. Today, it homes several student housing buildings and members of the University faculty. Most residents living in Condos in the Annex are well-educated, qualiﬁed and English-speaking.

The Annex in Toronto is a neighbourhood that provides something for everyone and makes it to the list of the best places to live in Toronto, with the finest schools, shops and entertainment nearby.

Riverdale, located just over the Don River from Downtown Toronto, is a flourishing and active community with a youthful, eclectic and urban atmosphere.

Today, Riverdale sees an increasing number of professionals and young couples, with or without children.

Riverdale real estate includes a burgeoning art scene on Queen East, the historic neighbourhoods of Chinatown East and Greektown. Riverdale Park is a major attraction in the neighbourhood, boasting views of the city skyline and some of the most beautiful sunsets. Its real estate caters to a wide range of buyers. If you're looking for a fun night out, some excellent shopping, or a park picnic? Riverdale can easily accommodate you.

Because Riverdale is so big, it has a diverse range of architectural styles. Bungalows that have been gutted and refurbished fit nicely next to old multi-story mansions. This place has an exclusive variety, making it especially appealing to families looking to relocate.

If you appreciate living near beautiful parks, on quiet, tree-lined streets and the convenience of being close to some of Toronto's best schools, you should consider Bedford Park Condos.

Bedford Park is a well-established North Toronto community that appeals to young families and pensioners. Once a tranquil, middle-class neighbourhood, the Rosedale Golf Club's migration in 1909 caused the neighbourhood's values to skyrocket, and they haven't looked back since.

Bedford Park condos have swiftly become one of Toronto's most coveted districts to call home due to its easy access to the city's central hub and neighbouring Yonge Street amenities.

Residents of Bedford Park can enjoy easy access to Toronto's downtown centre through Yonge Street and the subway via Lawrence Station. So, you can take a short walk on neighbouring Yonge Street, which has a plethora of unique boutiques, lively pubs, and some of the best Toronto restaurants.

Queen West condos incorporate some of Toronto's funkiest moods for those searching for something a little more unique. There's something for everyone, from art galleries to coffee shops, pubs, and restaurants in one of the best neighbourhoods in Toronto.

It's no surprise that Queen Street West is regarded as one of the trendiest neighbourhoods in the world. It is one of the most contemporary shopping centres in the city, featuring several exclusive and branded clothing stores and shoe stores. It has evolved into a major tourist attraction and an International Arts Centre in Toronto. The Queen West neighbourhood offers lively patios, restaurants, cafes, bars, and internationally famed live music venues, offering a varied range of music every night. With unique bead, fabric and sewing supply stores, it has also become home to the Fashion District of Toronto.

Most of all, the Queen West neighbourhood has a diverse, cultural, and vibrant feel about it that's difficult to define but simple to enjoy.

Queen Street is one of Toronto's principal thoroughfares, with the Queen Streetcar (the 501) adding to its appeal. You may travel straight into downtown or farther west to Roncesvalles Village and Parkdale. Living along Queen has the advantage of getting around much simpler.

Yorkville is one of the most well-known shopping areas in Canada. Luxury merchants and gourmet restaurants draw Toronto residents and tourists from all over the world on both sides of the brick-paved streets. The area's condominiums serve as the major residential option for Yorkville's fashionable, urban, high-end inhabitants. Many of the original Victorian residences from the 1800s have been converted into commercial spaces.

Top retailers in Yorkville include Chanel, Louis Vuitton, Tiﬀany, and Gucci make their mark in Yorkville. The location is high-class, but the air is also elite, making it the perfect neighbourhood for people loving luxury.

Yorkville real estate has predominantly consisted of Victorian-style detached and semi-detached residences since the 1870s. The city of Toronto has designated many of these homes as heritage sites, and some have even been transformed into commercial properties to preserve the neighbourhood's attractiveness.

Yorkville is one of the best neighbourhoods in Toronto to live and play, as it has a reputation similar to the Magniﬁcent Mile of Chicago or the Fifth Avenue of New York City. Yorkville Condos aren't all new developments. They include a mix of old condos such as 38 Avenue Road Condos and 110 Bloor Street West, with the latest builds including One Bloor situated on 1 Bloor Street East, 133 Hazelton Avenue and The Four Seasons Residences on 155 Yorkville Avenue.

Many Torontonians are increasingly migrating to the better Toronto neighbourhoods and suburbs, which have comparatively modest housing costs, while house prices continue to climb. This opens up many investment options for anyone looking to invest in the Toronto real estate markets. However, it's essential to do your homework before investing in the markets.

At Toronto Condo Team, we know that buying a Toronto condo can be an overwhelming and daunting process. That's why our condo real-estate agents aim to provide friendly advice and guidance throughout this whole experience. We are located in the heart of Toronto, and therefore we have access to an exclusive range of condos for sale.