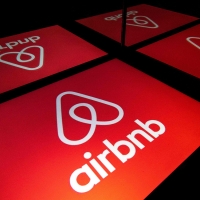 Are Toronto Airbnbs Turning Into Long-Term Rentals Amidst The Covid-19 Pandemic?

After struggling for years on end to stop their buildings from being used by short-term rental operators as de facto hotels, more and more Toronto Condos are finally putting a ban on Airbnbs, in the aftermath of the Covid-19 pandemic. At a time when self-isolation and social distancing are the new buzzwords, Airbnb and other such short-term rental platforms are giving in to global travel bans and experiencing an unprecedented number of booking cancellations.

In particular, Maple Leaf Square condos on Bremner Blvd. and ICE condos at York St. and Lake Shore Blvd. W. prohibited short-term stays, effective last Thursday. These two buildings had a total of 125 units listed for short-term rent. Anyone currently occupying any units won’t be disturbed during their period of stay, but all imminent bookings of less than 28 days are to be cancelled. In addition, owners are instructed to deactivate any devices given to unauthorized residents for seeking access to the building.

According to Fairbnb, a coalition that incited the Premier Doug Ford to ban Airbnb and other such services during the Covid-19 crisis to mitigate the community spread of COVID-19, “individual hosts who break the emergency law could face fines up to $100,000, while corporations could face a setback of up to $10,000,000.”

People don’t seem to appear sympathetic with Airbnb owners who are now bemoaning a dramatic drop in revenue, since almost everyone is bearing the financial brunt brought about by the novel coronavirus situation. If anything, people see those 125 units as a whopping five per cent of the entire building that just became available on the market for long-term rental again!

As we have all witnessed, the prevalence of short-term rental companies like Airbnb have significantly decreased the number of apartments available for local renters, while skyrocketed the already high rents in the Toronto region. Airbnb was a gentrification juggernaut, watching profits snowball, devouring properties left and right, and displacing residents looking for long-term housing. A McGill study states that that Airbnb removed approximately 31,000 homes from the Canadian rental market, with hosts having earned $1.8 billion in 2018 alone. So, it’s no surprise that tenants came to develop a distaste for these so-called ghost hotels and the people behind them.

Now that the current pandemic has left these Airbnb owners strapped for money and customers, an influx of hitherto short-term rentals just became available again on long-term rental sites, as former hosts decided to become actual landlords. As owners scramble to minimize loss, it is estimated that COVID-19 crisis will return approximately 7,500 homes back to the long-term market. Airbnb has bereaved the real estate markets of thousands of housing units all over the world. What the COVID-19 seems to be doing right is what advocates and regulators had been trying to accomplish for quite some time now.

Lately, we have noticed fully furnished units with pictures that show Airbnb-esque things like towels folded atop fully made beds or washroom equipped with toiletries, appearing on reputable real estate sites, while the prices for actual Airbnb listings have markedly dropped in an attempt to attract some guest or two. It seems to me like most Airbnb owners are returning to the real estate market to secure some income.

Left with so many vacant rentals all over the globe, Airbnb extended a nice gesture of offering 100,000 front-line healthcare workers subsidized or free housing in the face of the current crisis. Hosts who decide to make their property available for the cause can opt into the new initiative. The company has also facilitated its hosts who are impacted by the recent influx of cancellations by offering a support package of $240 million. This initiative doesn’t make up for the loss of bookings but only compensates hosts for bookings that were made and then cancelled since March 14. Perhaps when this is all over, this new development will be the silver lining for the notoriously tight Toronto rental market.