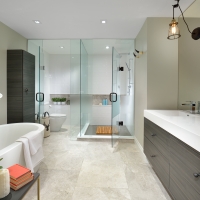 What we are going to learn below is if the condos have become the living standard in Toronto. As per the new initiative which was taken by the City of Toronto, families living in high-rise building condos in the downtown Toronto contribute about 70 percent. It is also known as Vertical communities. Ever since the 60s, the high-rise buildings have been affordable to the downsizers or to the people who are buying for the first time. Nowadays, it is a growing truth when considering the new and raising families. It is that time now that the developers or the builders are in line with the needs and wants of the people. Environics Analytics conducted a market research which showed that most of the urban dwellers are not satisfied with their housing options.

Another research conducted by Environics is known as PRIM5. This research discovered 68 different lifestyles of the urban dweller. Out of those 6 lifestyles, 3 stood out and the rest of them overlapped. These 3 lifestyles can be recognized separately because of the future or current impact on the housing development. These 3 are; Emptying Nests, Urban Digerati, and New World Symphony.

The emptying nest's lifestyle is mostly owned by the people with high income who are older and more sensible suburban dwellers. Mostly, their kids don’t live in their house. These people live in a vacant house. These people are the candidates that are most likely to downsize. The ever-growing demand for the affordable condos, which are in contact either the street amenities and close to the community culture, is represented by this group of people.

The urban digerati lifestyle is mostly owned by the people with mid-sized to high income, who are younger and well educated. These people are mostly living in the downtown main areas, for example, Cityplace and Liberty Village. These condo residents are mostly living on rents and are single. So, the small units are for their lifestyle, for now. This also includes people residing with friends, but that there is a possibility of that being changed in a few years.

The New World Symphony lifestyle is mostly owned by people with middle income who are younger and multicultural (from a diverse variety of cultures). These people are found frequently across the GTA. These people also love along GO Transit lines in a large number. These people might like to own, as compared to the urban digerati people.

There are still thoughts that buyers might start buying with a condo in state like Toronto like a first time purchase, and later eventually buy some bigger units or dwell in a to the suburbs.

The people from Urban Digerati and New World Symphony have increased the demand for family-friendly and affordable housing options. These people are in large numbers, they are urban and they are about to either get married or have children.

The people from such three lifestyle groups represent the portions which will impact most, the future housing development need.

The Condo Shoppers are not happy with the surroundings

According to the research, the urban dwellers are not satisfied with what the builders are developing in Toronto. They are not considering the needs of the older people living there- in terms of urban lifestyle and accessibility both. They are not planning with the consideration of younger buyers’ needs, wants, and future. There stands this assumption that the buyers will first buy a condo in Toronto as their very first purchase, and then eventually they buy a larger unit or switch to the suburbs. But buying bigger units or condos or moving to the suburbs must be an option for the buyers and not a rule for them.

It is set that by 2026, there will be a lesser demand for the condos with on bedroom or for bachelors in downtown Toronto. The projects which promote units with one bedroom or for bachelors along with lounge and party room services, rooftops for BBQs, movie theatres, and other amenities, are more likely fall out of demand because, in the upcoming years, the urban dweller