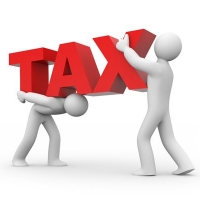 Land transfer tax is a tax you have to pay to the provincial government upon the purchase of a new home or a piece of land in Canada. The tax depends upon the rate of the property being bought. The tax is levied on buyers in all provinces of Canada with the exception of two: Alberta and Saskatchewan.

The tax is a percentage value that applies to the rate of the property and is due upon the closing of the transaction. You can use Land transfer Tax calculator to find out the total tax you will be required to pay upon the purchase of a property in Toronto or any other city of Canada. Land transfer tax is not just an average tax levied on your property; it’s a marginal tax that multiplies as each separate portion of the property is taxed at its marginal rate. The tax applies to all those who buy land or an interest in land in Toronto, Ontario. This may include buildings, plots, and fixtures.

If you’re looking to buy property in Toronto; we have news for you, and it’s not the good kind. In Toronto, the buyer has to pay municipal land transfer tax in addition to provincial land transfer tax. In the province of Ontario, beyond the land transfer tax, you are also required to pay closing costs when you buy a property, so the taxes keep piling up.

First-time homebuyers in Ontario, British Columbia, and Prince Edward Island are offered rebates on land transfer tax. But more about that later.

Buyers pay a land transfer tax. People who buy houses and condominiums in Ontario have to pay land transfer tax on the day of closing. Sellers are exempted from the tax and are not required to pay any additional fee to the government. Your real estate lawyer will set up the documents for the land transfer tax the day the deed of your purchased property is transferred in your name. If you’re in Toronto, you’ll be paying the Toronto Land Transfer Tax, too. You can read more about this in our Buyers guide.

The land transfer tax first took effect in the year 2008. Following that, the land transfer tax anti-avoidance rule for the purchase of property in Ontario was first proposed in the Ontario Budget in 2014 and was accepted and brought into practice from July 24, 2014. The Ontario Ministry of Finance is strictly reviewing tax-avoidance structures in the Land Transfer Tax Act and is issuing assessments as they see appropriate. Land Transfer Tax (LLT) in Toronto, Ontario is triggered when the deed of a property is transferred from homeowner to another. It is also applicable if you have bought a beneficial interest in a piece of property in Ontario. If a foreign national is looking to buy property in Toronto, be it a plot, an apartment, or a condo, an additional 15% Ontario tax is imposed on the buyer depending on the property rate, and is payable upon closing.

Land transfer tax rates imposed in the province of Ontario are as follows:

Let’s delve into further detail and review the land transfer tax rates applicable to the purchase of properties within the city of Toronto.

Things a First-Time Buyer Must Know About Land Transfer Tax

Being a first-time buyer doesn’t exempt you from the land transfer tax, but it might as well have because first-time buyers are privy to certain advantages. A first-time buyer is eligible for a refund on all or part of the tax they pay upon closing. The official website of the Ministry of Finance, Ontario https://www.fin.gov.on.ca provides you with all the details you may need to find out more about rebates on your taxes to the provincial government. But as of January 1, 2017, the government of Ontario came out with tax breaks for eligible purchases by doubling the amount from $2,000 to $4,000. This means that first time buyers will not have to pay land transfer tax if their purchase is within $368,000. Since a lot of first-time buyers usually start small, this tax break benefits more than half of the first-time buyers in Toronto and other cities in the province of Ontario.

According to rules on real estate purchase in Canada, the minimum down-payment on the property is 5%, and for those who are paying less than 20% for the down-payment, have to get the mortgage default insurance. The cost of the mortgage depends on two factors:

No, the land transfer tax plus the municipal tax is not the end of it. The closing cost of your property will include the fee of your lawyer, home inspection fee, and title insurance. The cost depends on the price of your property and usually ranges from 1.5% to 4% of the property rate. So that’s another thing you must take into consideration if you are looking to buy property in Toronto.

The Effects of Land Transfer Tax on Real Estate Markets

The taxes levied on commercial and real estate purchases are an important issue because they are negatively influencing the purchase of property in cities, especially Toronto, where the taxes have reached an all-time high. Due to such heavy taxes on the purchase of property, people tend to stay in houses that are too big, too small or too far from their workplace. This has brought down housing sales by a considerable margin. And consequently, the taxes have reduced the number of real estate transaction by a mile. According to a survey, Toronto’s land transfer tax caused a quick decline of at least 15% in the number of sales of real estate property and a steady decline in housing prices over the years.

In opposition to the imposition of land transfer tax, the Ontario Real Estate Association came out in protest against the additional Toronto Municipal Land Transfer Tax that is applicable on all the buyers who purchase land in the district of Toronto. Residents of Toronto pay double the taxes paid by residents of other cities of Ontario. According to the OREA, these taxes are killing jobs all over the city and are beginning to heavily stifle Toronto’s economy as is evident in the rapidly decreasing housing sales all over the city. If we go for figures, Toronto has lost out on a shocking 40,000 home resale deals and has correspondingly lost a staggering $2.3 billion and caused a loss of almost 15,000 employment. And these jobs were responsible for adding at least three-fourths of a billion dollars of salaries to the city’s economy.

In spite of the fast decrement in housing sales, the revenues generated from land transfer tax exceeded all expectations and brought in $30 million more than expected. These revenues were generated within the first three months of the year. But as compared to the city’s ever increasing the budget and the high risk of letting the real estate market operate at a loss, Toronto is all but relying on these taxes to balance the income and expenditure each year. It is working so far, but one hitch and fall, and Toronto could be in big financial trouble. Critics have predicted a real estate market crash that may force Toronto to pile up on the property taxes or cut down on the services since it’s not legally allowed to borrow money to cover its budget. But hopefully, it won’t come to that, at least not for now. According to the reports from the interim CFO of Toronto council’s budget committee; the city collected $156 million in comparison to the originally anticipated $126 million.

Is the land transfer tax creating that much revenue?

The answer is no. This money is being generated in a different department, and we’ll give you a hint: it’s not housing sales. The non-residential market activity, on the other hand, is climbing skyscrapers. According to the reports from Toronto council’s budget committee, there’s been a surprising boost in the revenues generated by Toronto’s commercial real estate market. Toronto’s mayor, John Tory’s budget chief has expressed his concern over the city’s heavy reliance on land taxes but is insistent that the loss has been less than predicted.

Valid from January 2017, first-time buyers of homes in Toronto have been offered land transfer tax rebates up to $4,475. According to Toronto’s tax rates, the rebate is likely to cover the full payment of the land transfer tax that is worth more or equal to $400,000.

●     You must have a Canadian nationality and must be a permanent resident in Canada.

●     The candidate must be eighteen years or older. He or she must be of legal age to own property.

●     You must move into the property within nine months of purchase.

●     Your spouse cannot be a homeowner while they are legally still your spouse. Anything they might have owned before is ineffective.

●     The home, if newly constructed, must have a home warranty.

You can read more on land transfer tax rebates here.

Is the land transfer tax arbitrary? There are two answers to this question from two very different perspectives. From the perspective of the homebuyer: yes, it is. From the perspective of the provincial and municipal government: well, they love their taxes. These taxes have put a damaging effect on the real estate market of Toronto, so if these taxes are revoked, and the real estate market doesn’t perform to its full potential or takes time to stand back up, the city is running a very high chance of getting bankrupt.

The fact of the matter is that the government needs to levy taxes to increase revenues. Even if that means imposing taxes that are arbitrary. The purpose of these taxes, whether reasonable or not, is to fund public expenditures and take care of those who aren’t self-sufficient enough to get by on their own. For example, property tax makes roads, hydro lines, and other services accessible to the public through those whom the tax is collected from. That’s the entire purpose of heavy taxation policies and also the only way to provide maximum social security to the citizens.