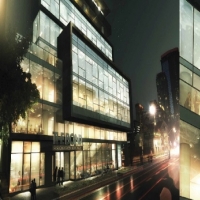 All That You Need to Know About Entertainment District Condos

Did you all enjoy a visit to the entertainment district?
the question to the group was replied by a small girl in a French Canadian accent Yeah!

Between University Avenue and Spadina Avenue lies the old Garments district. Early 20th century this industrial area was full of clothes, looms, and weavers. The rail and water transport facility made this place ideal for industrial growth. The residents were scanty and not many houses or eateries were here. Of course, visitors were there often looking for fashion.

However, the industrial growth started coming down drastically say fifty years back leaving many archival storage and manufacturing units. The CN tower of 1976 rejuvenated the interest followed by nightclubs in sufficient numbers. The first was the Twilight Zone, Toronto's first large dance nightclubs at 185 Richmond Street West between Simcoe and Duncan Streets.

As luck would have it, these areas became the epicentre of private interest for houses, condos and lofts. The Paradise Garage Club of New York was almost replicated in this entertainment district by the Twilight Zone and became the craze for the Toronto youth. The underground disco was a unique experience for this sleepy and almost deserted industrial warehouse with music reverberating all over. But liquor was a taboo till recently. The entertainment and along with the residential options became a reality with the opening of Thomson Hall and Toronto Symphony Orchestra.

Being predominantly an industrial area and subsequently deserted infrastructure was not at all sufficient for a residential area. The gas stations, schools, grocery stores eateries were all missing. But thanks to the rapid growth as an entertainment area, the situation started looking up.

Another nightclub, Stilife, was launched in 1987 by a young entrepreneur. Soon he could garner the support of a fun-seeking crowd of Toronto as his customers making this area into a perfect residential hub. The old steam loco also sheds railway lands to the converted. The much awaited SkyDome sports arena helped to attract another secttion of sports enthusiasts. Soon more night clubs, movie theaters, and opera houses spring up.

Toronto being the third largest center for English theater in the world, the entertainment district grew with the logical infrastructure - making it into a perfect neighbourhood for living or investment purposes. Suddenly, the demand for condos and lofts surpassed that of houses and villas. The duration of rented occupancy varied from semi-permanent to short stay.

The average bidding for condos rose to twenty, unlike the past with the single digit. ReMax Hallmark Realty find the demand in the Queen Street, King Street West areas, and of course the entertainment district on the rise! The demand and price increased significantly and so was the case with Niagara Street. But fortunately, the price rise in the entertainment district is bit moderate and the availability of new condos is good enough. Getting a parking spot in this rather new settlement is much easier.

The supply may not be good as time passes by because of more and more buyers getting impulsive to purchase spree. The estimated price is much higher than the base price which is the litmus test for demand curve.

Exchanges of condos are also rampant in the Entertainment area. However, compared to condos, the request for detached houses, row houses, villas and semi-detached houses did not show much of an improvement. In short, if at all you are planning to buy a condo in this growing area, it should be NOW! Incidentally, mortgage insurance and financing formalities are much congenial for condos as they are not touching the upper bracket of $500,000.

You can get a completely done up condo within your budget within walking distance from the ever expanding busy streets of the Entertainment district. Even buying a couple of condos is recommended. By renting out the new condos, you may get relief in the mortgage financial burden.

Peter Gatien, legendary former New York City nightclub czar was responsible for a major development here. (Unfortunately, he was deported back to the US). Twilight Zone nightclub has now a lane named after him. The entertainment district is enviably clean, eco- friendly and ideal for healthy living.

Vacation Rentals in the entertainment district also make it easy for you to take day trips. The concept and demand for one-bedroom rental condos in the Entertainment district, as a vacation rental, is catching up. Especially this is the ideal option for one or two days' trip. You will save on dine-out expenses as well.

Toronto's four major-league sports teams and hockey is flourishing in this area. Few heritages are building on Peter Street just south of King Street West. In 1999, Festival Hall opened at the southwest corner of Richmond West & John, containing important Paramount Theatre Toronto that has since been rechristened as Scotiabank Theatre Toronto.