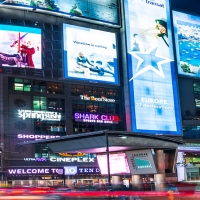 5 Factors Behind The Sudden Toronto Condo Boom in GTA in 2019!

Everywhere we look across the Toronto skyline, it seems as if a new skyscraper is being erected by the minute. A baffling increase in population, favorable weather, and better career opportunities have driven the growth of condo constructions in Toronto, especially around the GTA region. However, this rapid surge is making us wonder about the sudden boom in Toronto condo market, and the factors affecting it.  Let’s see; even amidst issues such as a decreasing inventory of completed units and a fall in the real estate sales, Toronto Condo market continues to thrive. Let’s find out more:

Toronto real estate market is highly volatile, some say. While we couldn’t agree more with the statement, condos around the Greater Toronto Area enjoy the same level of accessibility without the residents complaining of any trouble. The more expensive a suite is, the better its access to the building. Even though such condos come with a heftier price tag, people are willing to splurge more on accessibility. Multiple reports say that condos that see the highest turnover are those that provide easy accessibility. In fact, just over the span of a few years, the average rate of turnover has risen to approximately 6.61%. This is why more and more condos are being built in such accessible regions.

The age of the building is another crucial deciding point for buyers who are looking to invest in Toronto Condos. This has created a vast difference in turnovers between buildings constructed before the 2000, and the relatively newer buildings. While the former only see a turnover rate of 3.40%, buildings constructed post-2000 are faring much better at 6.62%, which is almost double the rate. These numbers show that far more people are investing in newer development condos than in older buildings. Since Toronto folks seem more impartial to newer condo developments, the sudden surge in the condo market was only to be expected given the flood of constructions everywhere we see.

Younger buyers prefer to invest in condos in the vicinity of downtown, and not the waterfront which is where the older people live. Location is another crucial factor for them, since they usually prefer buildings closer to work or colleges, to save up on commute. Also, the younger lot are more prone to selling their houses earlier than retirees. Investors also come to play here since they purchase units which are in the pre-construction stage, at lower costs, and once the buildings are completed, they sell these units to buyers at increased margins.

3. A chance to Live in a Smaller Community

Extended communities and buildings take time to construct and populate. Therefore, demand for condos is driving the growth of smaller developments due to their better turnover rates and lower completion times. The turnover of buildings that house more than 200 units is found to be 6.38%, while smaller constructions see 6.12%. This is a clear indicator that people favor small buildings and communities over larger ones.

This is because the size of the building itself isn’t specifically important to the people of Toronto, and they seem quite content with smaller constructions. This is why more and more developers are going for multiple small developments housing no more 200 units, than one grand building with over 2000 units.

4.Construction at Its Peak

The first quarter of 2019 saw a boom in the growth of condo construction around the GTA region. Reports show that the Downtown Toronto region alone employed 100 cranes at once, resulting in over 71,378 units in a total of 242 new condo developments. As compared to 2018, the first quarter of 2019 saw over 10,000 additional condo units. This shows that the Toronto condo market is indeed on the rising curve. However, this has driven the increase in the cost of construction in the GTA region as well. Developers are walking over eggshells here. Not to mention, there hasn’t been an alarming number of project cancelations this year due to hurdles as compared to the last few years. This reveals that newer projects are proceeding more smoothly.

5. No Pitfalls can Dampen Toronto’s Spirits

Over the years, Toronto has seen its fair share of recession and other problems, but no issue has ever permanently shaken the Toronto’s real estate market. Toronto is a survivor, managing to stay consistent with its high prices, all this time.

An Increase In Population

Toronto has seen a great surge in population over the last few years. Toronto has generated a lot of technology jobs over the last decade, more so than Washington DC, San Francisco, and Seattle combined. This achievement in turn drew more people to Toronto, and the increased population further exacerbated the accommodation situation in the city, driving the need for housing in the GTA.

Time and again, locations such as GTA have managed to stand their ground in keeping the housing prices consistent, even in the midst of challenging situations such as the one above.  Most regions in Toronto soon got back up on their feet after witnessing a major collapse. This downfall, though only lasting 4 months, was an important period for Toronto, and quite fortunate as well. Usually, when a region experiences such a sudden downfall in the real estate market, it takes much longer for things to settle down. However, it seems as if the Toronto Condo market is resilient and unaffected to the core.

When the mortgage stress tests were introduced last year, everybody expected to see a significant downfall in prices. However, the case was quite different in Toronto. Not only did the market not fall as expected, things got stable within three months. The condo demand in Toronto is so huge that it continued seeing huge competition in the seller’s housing market, despite the restrictions imposed by the mortgage stress test. Even today, the demand for condos remains high in GTA.