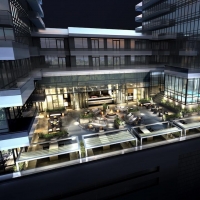 5 Most Unusual Condo Developments Proposed For Toronto in 2020

Toronto is home to some of the most incredible condo buildings in the world with jaw dropping architectural marvels– the epitome of opulent living. It seems as if all developers are in a bid to outdo one another, and 2020 is going to be no different. From what we hear in the Toronto real estate section, it looks as if 2020 is going to be the year of some amazing condo wonders. Of these, the Toronto Condo Team has sifted out 5 development proposals which left us gaping in amazement.

1) A Condo Completely Covered In Trees 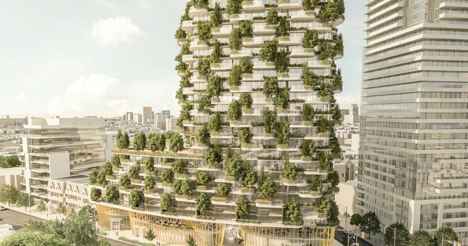 A new BBB Architects-designed high-rise condo development at the northwest corner of Davenport and Bedford in the Annex, is all set to look like a 259 ft. tall forest, once its finished. The façade of the 92 units condo development is going to be totally covered in tress, creating somewhat of a "vertical forest" along its exterior.

The trees are diligently chosen from varieties that can withstand such a setting, so as to ensure their proper installation, maintenance, and preservation. The trees would be kept in thermally insulated and waterproof planters. 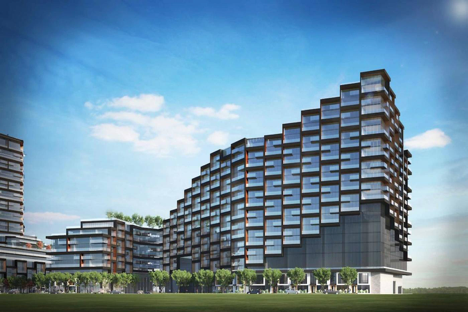 A new purpose-built, low-rise rental complex proposed for Pharmacy and Eglinton is going to add 1,718 new rental housing units to the Toronto condo market- a mix of 117 three-bedrooms, 675 two-bedrooms, 882 one-bedrooms, and 44 studio apartments.

Designed by the IBI Group, five new rental buildings are proposed to be constructed on the existing 26,927 m² site – rising up to 9, 15, 17, 27, and 34 storeys subsequently. Artist renderings of the proposed development gives a stair-like appearance to buildings, and we are really excited to see how the finished complex will look like. The site is also going to provide residents access to an 18-meter-wide privately-owned green public space.

3) A Condo Building That Is Also A Vertical Farm 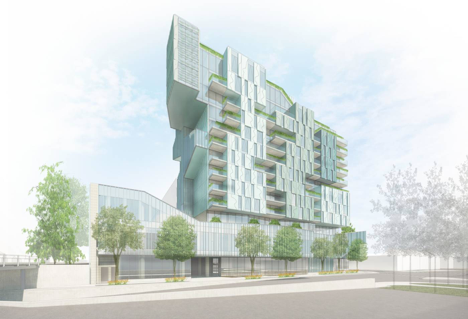 A new condo development proposed for the site at 888 Dupont St. is all set to give “mixed use” a whole new meaning with a "vertical farm", a rooftop restaurant, retail space, and residential units, all under one roof in Toronto. Designed by Suulin Architects, the building would stand 55 meters tall and it’s façade would be decked out in different shades of green.

The proposal for the mid-rise 13-storey building calls for 86 condominium units and13 affordable rental units - with 7 three-bedrooms, 56 two-bedrooms, and 36 one-bedrooms. The developers are using the term "residential live-work units” to describe these units, which probably means that residents would be encouraged to run home-based businesses right from their condos.

The remaining 15 per cent of the building is reserved for retail space, while the back of the tower would boast a vertical farm – the first of its kind in Toronto. The proposal also includes plenty of office space, as well as a small commercial industrial space. Considering the building calls for “going green”, the condo development is also projected to include spectacular outdoor amenities, as well as 94 parking and 146 bicycle parking spots. This is what we call; the best of both worlds!

4) The condo Building That Resembles A Song’s wave pattern 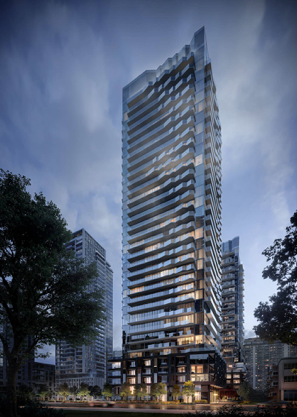 Designed by the Grammy winner Pharrell Williams, the two proposed residential towers of the "Pharrell condos" in Toronto, are the ultimate talk of the town. Based on Williams' 2014 song "Gust of Wind," the buildings are an articulation of the song's wave pattern. Created using parametric design, the towers are a "visual abstraction of music." This song really meant something to Pharrell, so he worked hand-in-hand to help bring this idea to life.

The building has a rather elemental and chic feel to it. The developers worked day in and day out to find the right notes in the song, that would result in the most fluidity in the design. The development proposal includes 751 condominium suites, including all three-bedrooms, two-bedrooms, one-bedrooms, and studios. 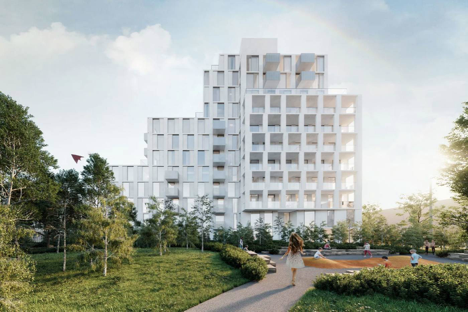 12 storeys of Scandinavian minimalism is about to be introduced to the Toronto real estate market in the form of an all new condo building, that is equipped with state-of-the-art sustainable tech. The building is a reflection on the Scandinavian philosophy “friluftsliv”, which puts “outdoorsy-ness” as the ultimate way of living. The 429-unit building, to be called Nordic Condos, is promised to be an outdoors-lover's dream home. From what we know of design renderings, the building will be done up all in white.

The condo plan boasts a whopping 10,000 square-feet of outdoors amenities, including an exterior lounge fitted with BBQs, an outdoor kids play area with logs and soft turf, and three courtyards. Other amenities include a concierge lobby, a party room, a gym, and a parking with 274 spots. The facility even includes pet wash stations, where your pooches can get clean post-walk. And the most exciting part: the building is going to come with plenty of energy efficiency features, such as geothermal heating and cooling systems.